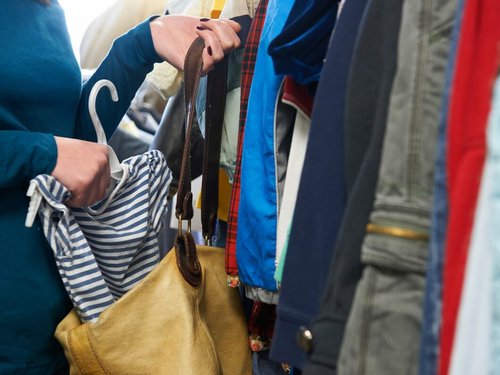 Have a Criminal Law Matter? Call The Law Office of S.K. Johnson Now!

Shoplifting is treated very seriously in Virginia, with one of the lowest thresholds for a felony amount shoplifting at just $200. Merchants in Virginia also employ professional loss prevention officers and strictly prosecute offenders. In fact, most merchants are required to do so by corporate rules.

To prove a shoplifting charge is warranted, the prosecutor must prove a person, without authority, had the intent to convert goods or merchandise to his or her own without having paid the full purchase price thereof, or of defrauding the owner of the value of the goods or merchandise.

When the value of the merchandise is less than $200 it is a misdemeanor and, more than $200 is a felony.

Shoplifting also can include:

IF the amount or value of the items at or less than $200.

If convicted, an individual could be punished by a maximum of 1 year in custody, a fine of up to $2,500. This in addition to a ban from the store, restitution paid to the merchant, and probation. You will also have been convicted of a crime of moral turpitude which generally must be disclosed on a job application. A conviction under this statute could have a major impact on employment prospects.

If convicted, an individual would have a felony conviction on their record. They would be convicted of grand larceny. Punishable by imprisonment for not less than one nor more than twenty years or, in the discretion of the court, be confined in jail for a period not exceeding twelve months or fined not more than $2,500, either or both.

If convicted you are required to serve 30 days in jail. You could serve up to 12 months in jail and a fine of $2,500. This would also be a conviction of a Class 6 Felony. This offense would not be eligible for expungement. A conviction under this offense can impact employment options and have many other ancillary consequences.

Va. Code § 18.2-104. Punishment for conviction of misdemeanor larceny. When a person is convicted of an offense of larceny or any offense deemed to be or punished as larceny under any provision of the Code, and it is alleged in the warrant, indictment or information on which he is convicted, and admitted, or found by the jury or judge before whom he is tried, that he has been before convicted in the Commonwealth of Virginia or in another jurisdiction for any offense of larceny or any offense deemed or punishable as larceny, or of any substantially similar offense in any other jurisdiction, regardless of whether the prior convictions were misdemeanors, felonies or a combination thereof, he shall be confined in jail not less than thirty days nor more than twelve months; and for a third, or any subsequent offense, he shall be guilty of a Class 6 felony.